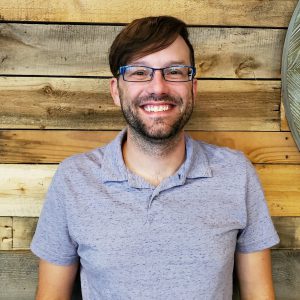 Zach was called to River’s Edge in 2010. In May of 2018 he became lead Pastor. He was raised in the Mitchell area and after graduating from Mitchell High School went on to study and graduate from Indiana Wesleyan University with a degree in Worship and Christian Ministries. He has served in various ministry capacities and brings a unique perspective to the staff of REFC. In April of 2011 Zach married Niki Haddix in Ohio. Niki is also an Indiana Wesleyan graduate and works with her husband in all aspects of the ministry. She has been a worship minister at a church in Ohio and was raised in a Pastor’s home. Niki has an awesome voice and is a very talented musician. We are fortunate to have Niki as a part of our team here at River’s Edge. 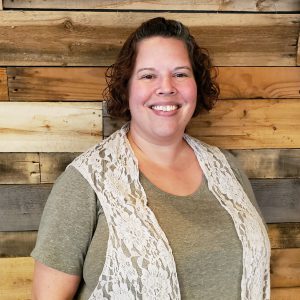 Sara grew up in Bedford and began her involvement with music as a child singing with the church praise team. Through high school and college, she played the French horn, and learned guitar while earning a degree in music therapy at the University of Evansville. While in college, Sara was a member of the Student Christian Fellowship praise band and grew both spiritually and as a musician. Sara married Nathan in March 2012 and started the journey of blending a family with a then 11 year old Sarah, 8 year old John, and 5 year old Gabriel. In the fall of 2013 the choice was made to begin attending REFC which came feel like an extended family. Sara joined the praise band not long after and progressed from shyly playing guitar in the back to being able to lead out front. Sara’s husband Nathan also joined the praise team playing keys/synthesizers. In spring 2018, Sara stepped into the role of music coordinator. Sara stays busy with her family, service to the church, working in community mental health with youth and families, supporting her kids in marching band, reading, and crocheting.

Emily and her husband Larry have been attending and active at REFC since 2010, right after they got married. They have since added 2 adventurous boys to their family. Emily has been involved in many different types of children & youth ministries both at REFC and elsewhere. She is a graduate of Grace College, with a degree in counseling & youth ministry. She took the position of Kidzone Coordinator in April 2017. Larry has taught all ages from nursery to adult during their time at River’s Edge. He is actively involved in the Kidzone ministry now, being Emily’s right hand man to all random things needed. Both Emily and Larry desire to serve the families of REFC and that all the children would come to know Christ as their Savior. 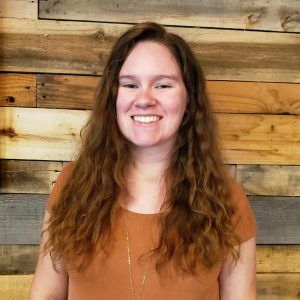 Sharon started attending REFC in the Spring of 2018. She began her church involvement as a member of the praise team not long after. Sharon became a part of Edge leadership at the beginning of 2019. Born and raised in Bedford, Sharon went to the University of Evansville for college where she earned a degree in Mechanical Engineering. She has worked many years with kids and teens at summer camps as well as being a Resident Assistant while in college. While in college Sharon was also PR Chair for Venturing Crew and VP for Student Alumni Ambassadors. She has a big heart for working with teens and looks forward to doing great things with EDGE.